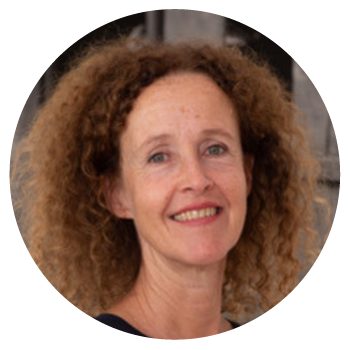 It was in Boulder that France first came across Rolfing, Rolf Movement and The Rolf Institute of Dr. Ida Pauline Rolf.

Inspiration to train in Rolfing®

“From a very young age, I was intrigued by and keen to learn about a touch that can heal. I grew up in an environment where music, Dalcroze Eurhythmics and body improvisation were part of my basic education. Early on, I practiced yoga, different types of dance, Tai Chi and Qi-Gong.

Feeling the changes in my gravity organisation after Rolfing and Rolf Movement sessions, I was particularly impressed by the effect on posture, presence and gesture. It left an internal and vivid space in my organism, and a feeling that everything is possible. I then decided to train in Rolf Movement and then Rolfing.

“I like to gather certain information from the students in order to set up priorities for the content of a class: what needs to come forth for a message to travel through. As I am someone who needs to understand, I put logical frames into the foreground. I also make lots of time for embodiment: finding the keys for each student to find a valuable and nourishing relationship with gravity.”

Ida Rolf’s recipe has been such a support over the years, helping me keep my approach to the organism holistic. I can teach the recipe in the way it was taught to me – the traditional way – but I have also developed my own ways to read someone’s organism. Osteopathy has very much inspired me in that regard by giving me tangible ways to test the organism and refine my touch interventions.

Studying 20 years with Hubert Godard clarified the importance of tonic activity for postural organization and functional balance that we call “Tonic Function”. Postural pre-movement and how to address it became visible and clear, as well as biomechanics and the role of perception in changing coordinative habits. For this reason, I enjoy teaching Rolfing, Rolfing Movement and blending the two.